The biggest international event in T20 cricket would have been the T20 World Cup this year, but it looks quite uncertain as of now. However, the most celebrated and the most expensive domestic T20 league could very well be taking its place in 2020. According to multiple news sources, the IPL 2020 could be coming later this year, albeit a lot later than usual.

Why the IPL Was Not Held Earlier

The original window had to be skipped by BCCI, since the entire world and the whole of India was on lockdown between March and May, which also coincided with the IPL’s usual schedule. It’s true that Covid-19 cases have surged to massive numbers in the country ever since the lockdowns were lifted, but commercial windows have almost entirely been opened in India on account of unsustainable financial circumstances. The reopening of the economy has been scheduled to be carried out in multiple consecutive stages, and live sports are on the agenda as well. This means that even though IPL did miss its summer window, the T20 tournament can still be conducted in India this fall.

When Can IPL 2020 Expect to be Scheduled?

Nothing is certain as of now, but all reports suggest that the BCCI is looking to schedule IPL 2020 in the September/October slot. This hinges on one major condition though, which concerns the biggest international 20-20 tournament of them all, aka the T20 World Cup. We will have to wait until July for that, as that is when ICC will confirm whether or not the T20 World Cup will be held this year.

BCCI is simply looking to take the spot that was earlier reserved for an international clash between 16 nations from all across the cricketing world. As the chances of the T20 World cup happening in 2020 are diminishing, the future of IPL 2020 is looking brighter as a direct result of that. If the Twenty-Twenty World Cup is indeed cancelled by the ICC, then the most valuable players from almost all major cricketing nations will be free to participate in the IPL, including the national team of India.

Ex and present international players such as Shane Watson, Shane Warne, Chris Gayle, David Warner, Kevin Pietersen, Andre Russell, Glenn Maxwell, Adam Gilchrist, Suni Narine, Ben Stokes, Lasith Malinga, Dayle Steyn, Rashid Khan and a host of other international names have proven themselves to be among the most valuable assets for their respective IPL teams. The presence of such famous international players, and the chance to see them play side-by-side with Indian cricket stars, has always been a major reason behind the Indian Premier League’s massive popularity and success.

Cancellation of the Twenty-Twenty World Cup will not just make international players available for the IPL, but the Indian national team would also be able to participate along with them. Therefore, it would be fair to estimate that in 2020, the cricketing world will see either one of the two tournaments, but not both unfortunately.

What It Means for Fans of Cricket 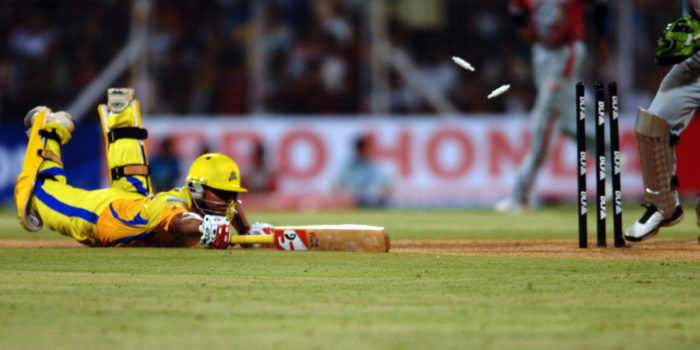 If you are a true fan of cricket, this is not really bad news by any means. After all, we might be getting to see the IPL, even if the World Cup is cancelled, which is better than not having any major cricket tournaments at all this year. Aside from that, the Indian Premier League presents more opportunities to bet on cricket than any other cricketing tournament. If you are just starting out, simply head on over to sites like cricketbettingtips.io to get yourself acquainted with how betting on cricket works, and how to use their specific tips for winning big.

While it’s never nice to sacrifice one major cricketing event for the other, that’s not precisely what is happening here. The IPL 2020 only has a possibility of happening this year if the T20 World Cup gets cancelled on account of the pandemic. It should be noted that the IPL is a domestic event, and while it has given cricket fans some amazing memories to cherish, they cannot be compared to seeing one’s own nation competing in the most respected international 20-20 event. There is significant tension regarding the two events in between the BCCI and the ICC though, but that should not affect the final decision.