The Ministry of External Affairs (MEA) made the announcement in a statement on Tuesday and said the move would be implemented within seven days.

The usual strength of the High Commission in Delhi is 110, and it will now come down to 55.

“Pakistan’s Charge d’Affaires was summoned today and informed that India repeatedly expressed concern about the activities of officials of his High Commission,” said the MEA. “They have been engaged in espionage and dealings with terror organisations. Two officials caught red-handed and expelled on May 31 was an example.”

India’s premier investigation agency NIA while investigating a case pertaining to terror funding in Jammu and Kashmir had zeroed in on one Zahoor Ahmad Shah Watali.

According to NIA, Watali was the conduit operated by Pakistan’s ISI and Delhi-based high commission for the transfer of money to various Hurriyat leaders.

After searching his premise, some documents were obtained by the agency, which revealed that one staffer from Pakistan High Commission – Iqbal Cheema –sent him the money.

According to those papers, the Pakistan High Commission disbursed huge sums of money to Watali on two occasions – Rs 30 lakh on March 15, 2016 and Rs 40 lakh on October 20, 2016 through Iqbal Cheema.

Mudassar Iqbal Cheema was posted as First Secretary (Press) at Pakistan High Commission, Delhi from September 23, 2015 to November 2, 2016. On the latter date, Cheema along with five other officials were called by Islamabad.

NIA, during its investigations in another case pertaining to the arrests of Davinder Singh, DSP at J&K police, Hizbul Mujahideen Commander Naveed Mushtaq and Rafi Ahmad, who were arrested in January 2020, has found that the accused persons were in constant touch with a Pakistan High Commission official Shafaqat. According to sources in NIA, he was also a conduit for hawala transactions and terror financing.

Repetetion of History after 19 Years

Even after the 2001 attack on Parliament of India, investigations led to the Pakistan High Commission. At that time, too, a decision was taken to reduce the staff strength by fifty per cent. The then foreign minister of India, Jaswant Singh said in a statement that officials from Pakistan High Commission were not only involved in espionage but they had links with terror outfits. The MEA had directed the High Commission to reduce its staff by half within 48 hours. Nineteen years down the line, there seems to be a repetition of history, spurred by Pakistan.

India last month had expelled two officials of the Pakistan High Commission in New Delhi on charges of espionage. The Centre had declared the two officials as “persona non grata” and had ordered them to leave the country within 24 hours.

The two officials – Abid Hussain and Muhammad Tahir – were caught by the Delhi Police while they were obtaining sensitive documents related to India’s security installations from an Indian national in exchange for money, official sources had said in New Delhi.

Pakistan had later summoned a senior Indian diplomat to register its strong protest over the decision to expel its officials. 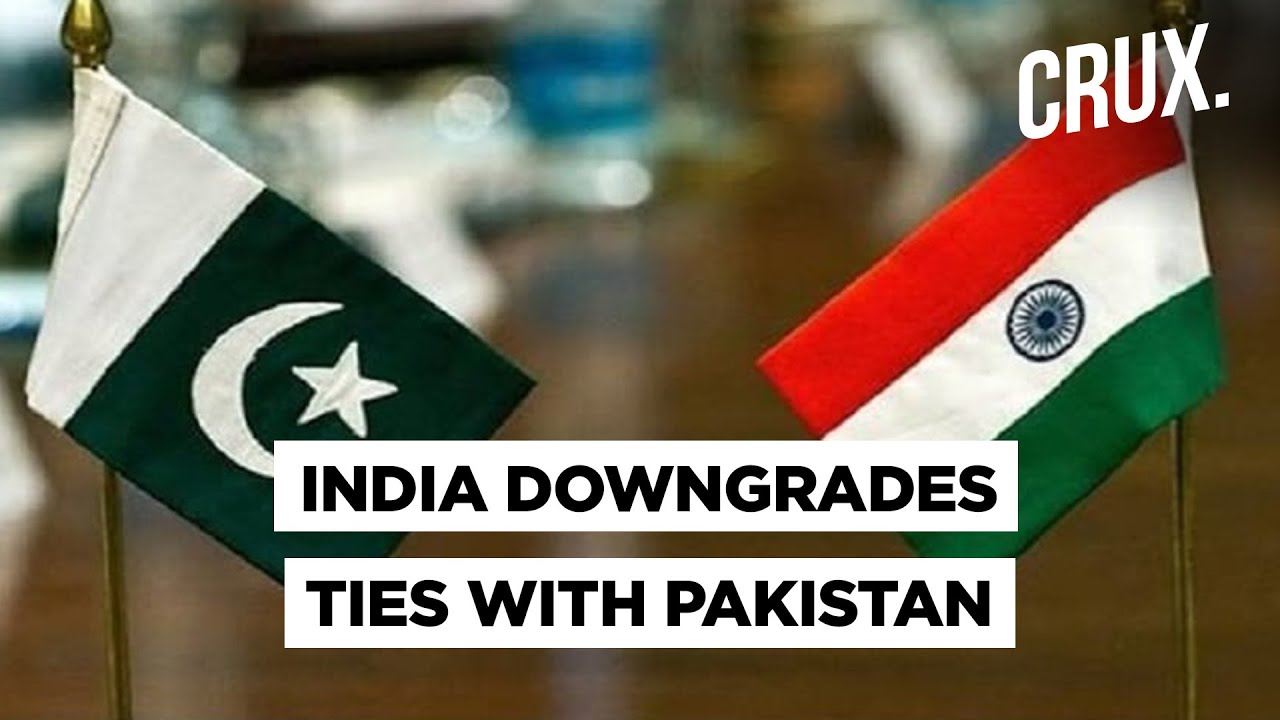 Earlier this month, the Indian government had summoned Pakistan’s Charge d’affaires after the reported arrest of two officials of the Indian High Commission in Islamabad. It was suspected that the two staffers were picked up by Pakistani security agencies to frame them as spies, sources had told CNN-News18.

“While their officials indulged in actions that are not in conformity with their privileged status in the High Commission, Pakistan has in parallel engaged in a sustained campaign to intimidate the officials of the Indian High Commission in Islamabad from carrying on their legitimate diplomatic functions,” said the MEA statement on Tuesday. “The recent abduction at gunpoint of two Indian officials and their severe ill-treatment underlines the extent to which Pakistan has gone in that direction. These officials who have returned to India on June 22 have provided graphic details of the barbaric treatment that they experienced at the hands of Pakistani agencies.”

The government said the behaviour of Pakistan and its officials is not in conformity with the Vienna Convention and bilateral agreements on the treatment of diplomatic and consular officials. “On the contrary, it is an intrinsic element of a larger policy of supporting cross-border violence and terrorism,” it said, adding this was the reason why the decision to scale down the staff strength was taken.

Pakistan rejected what it called “baseless allegations” by India of any violation of the Vienna Convention on diplomatic relations by its High Commission officials in New Delhi, asserting they always function within the parameters of international law.

“Pakistan completely dismisses allegations of any violation of the Vienna Convention on Diplomatic Relations by the officials of the High Commission for Pakistan in New Delhi and reiterates that they always function within the parameters of international law and diplomatic norms,” it said.

“The Indian Charge d’ Affaires was also informed of Pakistan’s decision to reduce the Indian High Commission’s staff strength by 50% as a reciprocal measure,” the FO said, adding the Indian diplomat was asked to implement the decision conveyed to him within seven days.

Officials said both sides will have to reduce staff strength by 40-45 people in view of India’s decision.

The last time India downgraded diplomatic ties by asking Pakistan to reduce the staff strength in its high commission was after the Parliament attack in December 2001. However, as relations improved by 2005, the staff strength at both missions returned to the normal level.

(With inputs from PTI)